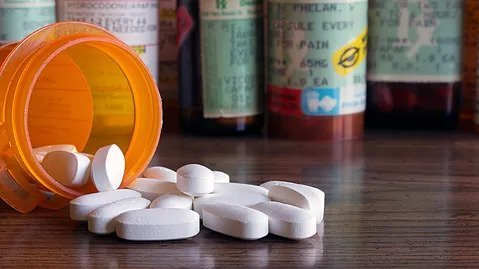 During the disco dance era of pop culture in the late 70’s, a catchy song by the Bee Gees entitled “Staying Alive” rose to the top of the charts. It served as the opening song in the movie “Saturday Night Fever” with lyrics that spoke of people trying to survive while living on the streets of New York.

The song’s message of despair and a cry for help can be applied today, 40 years later, to the thousands of people across the country suffering from opioid drug addiction.

The statistics are alarming.

According to the U.S. Department of Health and Human Services, in 2016, 2.1 million people had an opioid use disorder and 42,249 (approximately 116 per day) people died from an overdose.

The Center for Disease Control reported that 40 percent of all opioid overdose deaths in 2016 involve a prescription opioid. From 1999-2016, more than 350,000 people died from an overdose involving any opioid, including prescription and illicit opioids.  Even more disturbing is that since 2013 we have seen a new wave of deaths involving illicitly manufactured fentanyl (IMF). The IMF market continues to grow and IMF can be found in combination with heroin, counterfeit pills, and cocaine. Street use of both prescribed medications and illegal substances are sadly adding new fuel to the overdose death statistics.

But just as the Bee-Gees sang about, there is hope. The legitimate prescription drug industry, including prescribers, manufacturers and dispensers must take the lead in safeguarding the supply of these dangerous doses through public policy changes, responsible prescribing and adoption of tracking technologies.

Covectra has developed an electronic supply chain tracking system that appears to be ideally suited for prescription pills in the opioid category. ControlTrack® begins with each dose packaged in uniquely coded blisters which it manages in the ControlTrack® Cloud. Patients are enrolled in a compliance program and assigned a de-identified patient profile. The data is captured at the pharmacy, stored in ControlTrack® Cloud and creates links between the patient profile and uniquely packaged unit doses.

Through this system, Covectra believes that not only are legitimately prescribed opioids more likely to remain within the authorized distribution network, but also improved physician visibility to patient adherence will result in improved patient outcomes and fewer opioids being diverted for street use. The net effect of adopting this system for branded opioids is the creation of a real-time track and trace system for each dose.

In addition, technologies exist to associate each unit of ControlTrack® packaging with similarly serialized markings on the pill or capsule. Under that scenario, individual pills found on the street can be quickly identified (perhaps by first-responders) and tracked all the way back to a prescription.

Here at Covectra, we have the will and resources to participate in changing the statistics. Please join us in our commitment to saving lives. It’s time to shift from tracking opioid deaths to tracking medicines.

Covectra, Inc. is dedicated to the study of supply chain integrity and the deployment of proven counter-measures to help achieve brand protection and enhance supply chain intelligence. Contact us to learn more.

Update your browser to view this website correctly.Update my browser now